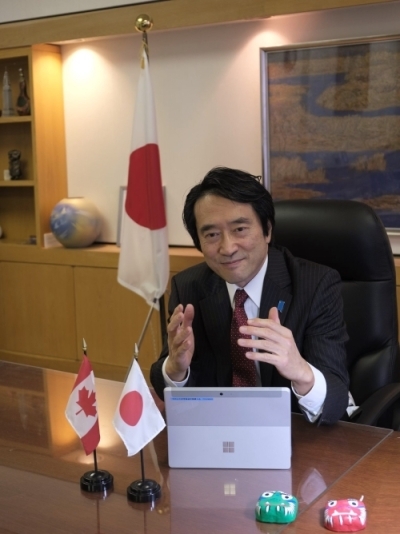 On January 23, Ambassador KAWAMURA had an interview with CBC Radio ‘The House’ on Japan’s 2050 Carbon Neutrality, Green Growth Strategy as well as Japan-Canada cooperation towards this goal. The Ambassador mentioned that there are “broad and open possibilities for joint cooperation” between Japan and Canada on projects such as oil and natural gas, carbon capture, hydrogen and nuclear power. He also noted that “hydrogen is a key player in attaining the goal of carbon neutrality”. Ambassador Kawamura emphasized the importance of cooperation between Japan and Canada in meeting some of the challenges of realizing this hydrogen strategy. The Ambassador also explained how Japan’s vision for a Free and Open Indo-Pacific (FOIP) provides an overall strategic cooperation between the two countries on energy security.

The full interview is available online (beginning at 42:30): https://www.cbc.ca/listen/live-radio/1-64-cbc-news-the-house/clip/15820396-bidens-week-payettes-last